Those of us who stand outside the circle of this society’s definition of acceptable women; those of us who have been forged in the crucibles of difference — those of us who are poor, who are lesbians, who are Black, who are older — know that survival is not an academic skill. It is learning how to take our differences and make them strengths. For the master’s tools will never dismantle the master’s house. They may allow us temporarily to beat him at his own game, but they will never enable us to bring about genuine change.

The Archbishop of Canterbury is not losing any sleep after hearing that the U.S. House of Bishops announced that it is “aggrieved and distressed” at his decision to exclude the same-gender spouses of bishops from the 2020 Lambeth Conference.  Expressions of aggrievement and distress are “the master’s tools.” They will never dismantle the Master’s house. They are no threat. They change nothing.

In Luke’s gospel, Jesus is a threat to two masters’ houses – Herod and “Jerusalem.” Why? He knows how to do more than issue press releases and polite statements of aggrievement and distress.  He healed people who had no claim to privilege: old women, lepers, the paralyzed, the possessed, foreigners.

We should aspire to be such a threat to the master’s house. 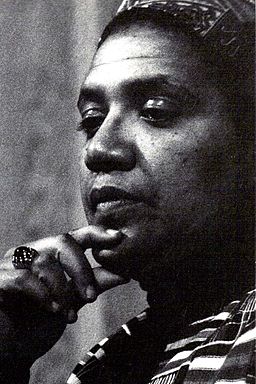 The photo “Audre Lorde” by K. Kendall is licensed under CC BY 2.0

You can have the Wednesday post delivered automatically to your mailbox. It appears at Substack as well as here at WordPress, and Substack delivers! Click here to subscribe.