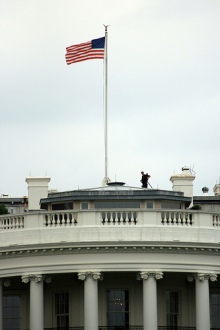 The daily (sometimes hourly) dispatches from the Trump White House and/or GOP-controlled congress are horrific and overwhelming. On this Fourth of July, it feels as though there is so much less to celebrate and be proud of, and that is such a depressing thought.

I recently found two things that helped by re-focusing  on something that I have long believed: that what we read and listen to and watch on TV forms and shapes us. And so we are responsible for managing who and what we give our attention to. Here is how I have taken back my responsibility.

Perhaps the message here is that for as long as we have to swim in the stink of Trumpworld, it is our responsibility to maintain our own sense of what is right and fitting for publicly elected officials and for ourselves as ordinary citizens. We cannot continue to Resist if we let ourselves and our expectations sink to the low levels of  Trumpworld.  We need to keep up both our expectations and our spirits. We need to Resist and keep our hearts and minds unsullied and healthy. The West Wing is helping me with both.

One thought on “This helps…”